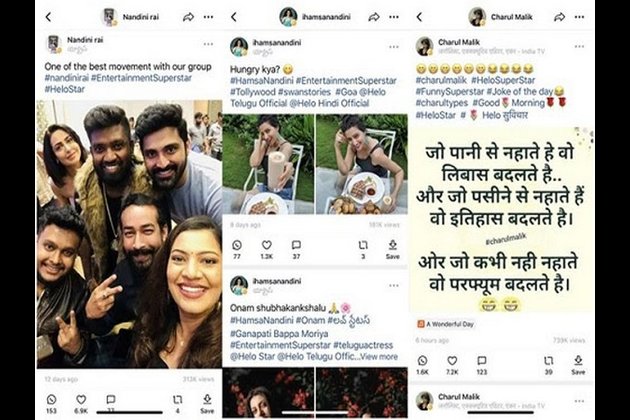 The third installment of the campaign, which launched on the fifth of September, is currently encouraging all Helo users to post content in nine different languages such as Hindi, Tamil, Telugu, Malayalam, Kannada, Punjabi, Marathi, Bengali and Gujarati.

Helo Superstar is Helo's largest cross-category campaign which saw more than ten billion views from its season's one and two launched earlier this year.

FunnySuperstar became the number one popular category with 2.1 billion views. More than 36 million Helo users liked, reposted or interacted with comedy content. This time, within ten days, Helo Superstar has already garnered over three billion views, notching a new record!The third season of Helo's Superstar campaign is definitely getting bigger and better, with the excitement around this campaign seen amongst celebrities as well.

The campaign is playing an important role in uniting people and celebrities alike. Nandini Rai, the well-known Tollywood film actress and winner of Miss Andhra Pradesh 2010 shared a post on Helo with her friends, using the hashtags EntertainmentSuperstar HeloStar.

The content categories around food and entertainment are also quite popular on Helo and are recording high engagement among users. Supporting the campaign, Rudhramdevi fame actress Hamsa Nandani shared her picture on Helo where she can be seen enjoying a hearty meal.

Eminent journalist Charul Malik also participated in the campaign and shared a hilarious post on Helo using the hashtags HeloSuperStar FunnySuperstar and Joke of the day.

Helo Superstar presents an amazing opportunity for everyone in India who has a passion for content creation in one selected field. With campaign guidelines that are easy to follow combined with Helo's easy-to-use content creation tools, Helo Superstar aims at generating an explosive growth of content created by talented people across different language communities in India.

For its third edition, 100 winners from all categories based on the numbers of likes and quality of posts will shine on Helo's stage, with five grand champions to be announced in mid-October.

All participants stand a chance to win a wide range of exciting prizes, with a total value of over USD 20K (around 1.5 Million Rupee), including iPhone XR, Apple Watch, AirPods, Beats Wireless Headphones, and Limited Edition Helo Merchandise.

"In line with Helo's mission to empower users to express themselves in the language they are comfortable with, we are thrilled to unveil the third edition of our highly popular campaign, Helo Superstar, which also seeks to celebrate original content creators across various content verticals and language communities in India. Our quest does not end with the discovery of creators, but we also provide them with a wealth of opportunities to gain a bigger audience on our platform. Given our global desi outlook, through campaigns such as this, we not only facilitate users to create and share content in their own language within their communities but also keep users of the same communities, across borders, connected with the latest trends in India", said Raj Mishra, Head of Creator StrategyGrowth.

This story is provided by NewsVoir. ANI will not be responsible in any way for the content of this article. (ANI/NewsVoir) 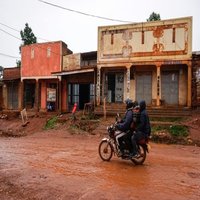